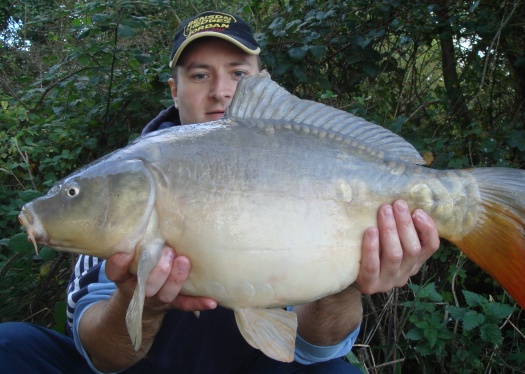 Would You Believe This?

I Never Thought This Fishing Tip Would Work!

Yes, you heard that right, so the carp you're targeting CAN literally see it!

This may sound crazy but there are supposed to be sound, tactical reasons for doing this.

The theory is that if some big carp can see the line then there’s less chance it will spook them because they know where it is and are aware of its position. To illustrate this point more, think about the type of main fishing line that most anglers use. It’s often a colour that blends in nicely with the water or bottom of the lake so it’s less visible to fish. However, if a carp cannot see the line while it rummages around the bottom, then it’s more likely to spook the fish if its fins suddenly touch the line. A spooked carp is unlikely to feed and will probably end up swimming away from the area. Maybe for some big carp, not knowing exactly what surrounds them could make them feel threatened and want to move away from the area.

Now think about a fish moving in and out of any snags, the carp doesn't become spooked if its fin happens to touch a sunken branch, strands of weed or reed bushes. The carp are aware of these lake features so they don’t spook easily if any part of their body brushes up against these underwater items.

If a carp can see the line, and possibly even the rig, it could make it feel in control and able to avoid the dangerous parts. As an example, think about when you’ve fished for carp on the surface using a controller and floating baits. How often have you witnessed carp really close around the float and hookbait?

Yet, they seem to hardly ever take the hookbait and get caught. For the majority of time, they seem to eat all the freebies and manage to avoid the damn hookbait! The only guaranteed way to catch a carp on top is to plough lots of bait into the area in order to encourage competition amongst the shoal. Surely the carp know or can see the end tackle, yet the rig components don’t seem to spook them.

Is it because they are aware of their presence and can work out which is the danger bait?

Maybe this thick, coloured line tactic is worth a try!

Now, obviously if the fish can see the rig and line then they’ll suss out the hookbait and avoid it, right?

Well no, the likely trick when using this tactic is to use longer hair rigs. The carp will see the mainline and maybe even the hook, but the bait will be a little further away so it acts more like a free offering, plus, the distance between the hook and bait could make it look like the rig has lost its bait and that there is just another free offering left close by.

I must admit I have never used this method before, but I will surely try it one day when fishing the margins. If you ever use this idea then let me know what happened. In any case, contact us with your thoughts!