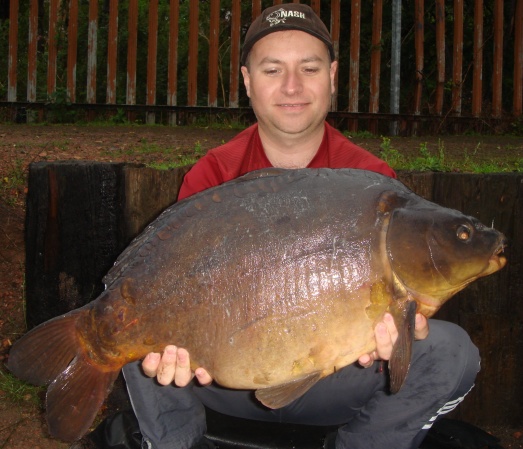 Can Huge carp really detect good nutrition in your bait?

Carp are notorious feeders. Often called the "Pigs of a pond", carp seem to exhibit a natural ability to discern which foods are healthy and which are not. European carp, also referred to scientifically as Cyprinus carpio, were spread through Europe between the 13th and 16th centuries from travelling monks. Today, carp can be found in over 59 countries spanning all seven continents. They have a wondrous ability to be able to survive, in fact to thrive, in almost any environment. Even in ponds, lakes and rivers where the food supplies are in constant flux, carp rarely go hungry.

While many people hypothesize that there is something magical about the carp that allows them to determine which foods to eat, it is not so. Carp are simply omnivorous opportunists. That means that they are happy to scavenge for a variety of both plants and animals to derive the nutrients that they need. Still, carp are very intelligent creatures with very well-developed senses. And those senses allow them to find their foods - and satiate their ravenous appetites. Let's examine each of their senses in more detail to determine just how a carp chooses its meal.

How Carp Choose Their Nutrition From Food

They use their sense of smell:

Carp nostrils are called "nares" and are located right in front of each of their eyes. Each nostril is covered by flap of skin. When it is raised, water is able to channel through a complex set of tiny hairs. There are thousands of these hairs and they have the ability to determine what is sweet, what is salty, what is savoury and what is sour.

These extremely perceptive hair cells create a sense of smell that is far superior to that of any human. Carp are able to detect very minute levels of chemicals, including specific amino acid chains, in crustaceans, bloodworm and more - even when they are buried beneath the silt. The carp uses its snout-like nose to stir the water up and dislodge its prey.

Smelling is a long distance detection method for food location utilized by carp.

They use their sense of taste:

As a carp approaches a given food source, its highly-sensitive taste buds take the lead. That's right, carp have taste buds too. Having only its mouth to gather food with, carps are also notorious for sucking in just about anything to give it a try.

You'll also witness carp frequently rejecting certain food types when they find it to taste badly. And these taste buds are located in more places than just in their mouths. External taste buds are also positioned on their pectoral fins, pelvic fins, barbules and on the bottom sides of their heads.

Food sources are located with pinpoint accuracy by using these various taste buds after the sense of smell is used to detect the general area. Additionally, experts estimate that the carp spits out about 97% of what it takes into its mouth for testing. And sometimes, it will spit the food out to clean it and then suck it back in to eat it.

They use their sense of sight:

Carp vision, like its other senses, is very well-developed. In addition to being able to see in very low light, carp are also able to see a very impressive spectrum of different colour hues. Its eyes are positioned on either side of its head yielding excellent peripheral vision. In fact, your average carp has almost a 360° range of vision. (Of course, its tail blocks the final degrees.) And, in the waters above them for 97.6° (roughly 48.8° to either side of the centres of their bodies), they do have a full 360° vision field. Even very small changes in light refraction or motion are quickly detected by the carp.

They use their sense of hearing:

Although you cannot see a carp's ears, they are there - inside of its body to each side of its head. Located right above the gills, a carp's ears sit just behind its brain. They are not ears in a typical sense though; they are sacs that are filled with fluid and tiny hairs that are capable of detecting even the tiniest vibrations in or on the water.

This time, the hairs are positioned on the eolith, or ear bone. Additionally, its ears are connected to its swim bladder by a set of special bones that amplify all sounds. Once again highly sensitive, a carp's sense of hearing is able to detect frequencies ranging from 60 to 6000 Hz.

And they use their lateral lines:

All fish have two lateral lines that travel down each side of their bodies. The carp is no different. These lateral lines are fluid filled canals that feature very small openings. Sensory cells (cupula) exist within these canals and resemble jelly with protruding hairs. The cupula detect vibrations, changes in pressure and the direction of the water's flow.

With all of these highly advanced senses, it's no wonder that a carp is able to determine where food sources lie hidden. Carp eat a variety of foods at all levels of the water that they inhabit. They are more versatile and dynamic than most other fish and therefore continue to thrive where others cannot.