Many catfish anglers are now travelling to the big European rivers such as the Saone and the Ebro in search of catching a huge monster catfish. 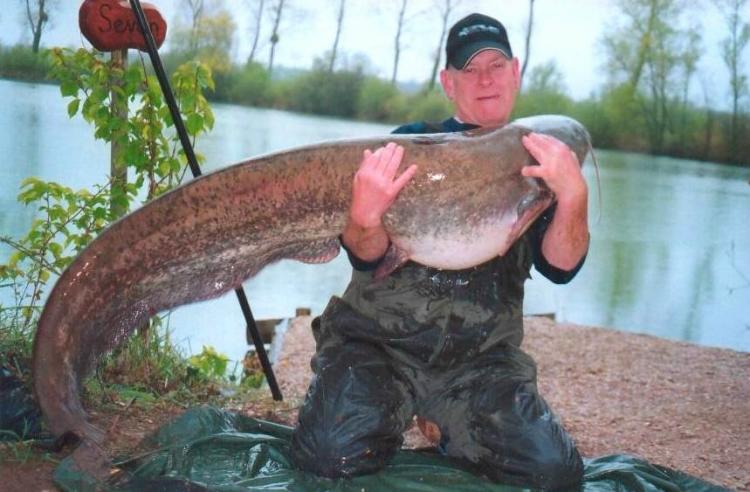 These rivers hold some very big catfish to well over 100 pounds in weight, and these massive creatures fight like no other fresh water fish! It’s no surprise that fishing for catfish in Europe has become a popular pastime for many carp anglers.

Catfish are incredible creatures with the ability to hunt down all sorts of prey. They have been referred to as eating machines as they can, and do, gobble up a massive quantity of food every day. They will eat almost anything, from live fish or dead fish to boilies often used for carp fishing!

Catfish are a lovely colour with mottled markings along their flanks. These distinctive markings can change colour depending the clarity of the surrounding water. Maybe this is to reveal their moods, communication or for the purpose of blending in with their surrounding during a hunt certain prey, I’m not sure, but it could be a combination of these factors.

They have a large number of scent glands and vibration sensors all along their body, with greater concentrations around the lateral lines. These may help in detecting any vulnerable prey within their vicinity.

They have two long whiskers positioned on the upper jaw. These can be used to track live prey out in the flow of the river. They possess another four whiskers on the bottom jaw, which are used to scavenge around the river beds to detect smaller food items, such as crayfish, worms and leeches. Catfish do need their strong senses and glands in order to survive because they have very poor vision. Their eyes may just have enough focus to distinguish between day and night!

Their scent glands are also quite strong, so it may be a good tactic to use very smelly baits, such as squid and other strong, fishy smelling live baits.

Catfish have hundreds of very small, sharp teeth positioned in the upper and lower jaws. They look a little like one side of a Velcro pad. These are used to clamp down on prey during a hunt. The prey is then sucked into the back of the mouth and throat where there are four crushing pads. These are used to crush down prey and help pass it through to the stomach.

So how do we go about catching some huge catfish, and what are the best tactics when fishing for catfish?

Here are some general tips when fishing for big cats on rivers:

Another Catfish Rig - The Float System